by The Callous Daoboys 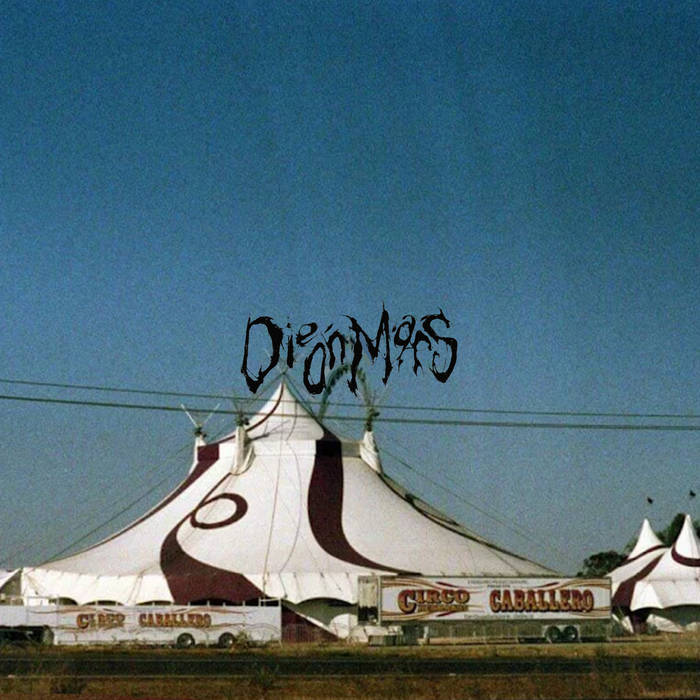 walker lose my goddamn mind every time i listen to it Favorite track: The Absolute Barnstormer.

vacant planet believe the hype - this is some of the best and most fun mathcore to come out in recent memory. Favorite track: Fake Dinosaur Bones.

KK TCD created something very special here.- a seamless mix of influences tied into the sporadic, aggressive and humorous identity we know as the callous daoboys. Favorite track: Flip Flops at a Funeral.
more...

“Atlanta's punnily named The Callous Daoboys follows a certain lineage of nutzoid metalcore from its hometown — think The Chariot, or even late '90s screamo band Portrait. The band takes a kitchen-sink approach to riffs, inscrutable style shifts and song titles, but with just the right amount of goofy twists and cyclonic breakdowns.” NPR.com

“The band capture all the chaotic, feedback-induced lunacy that popularized the Chariot with a slightly more technical approach. The band also bring in a quirky sensibility to each song that makes those maddening riffs even more violent sounding." AltPress.com

“Simply put, it’s one of the most refreshing hardcore records I’ve heard in years, taking the math-y formula of Botch and early Dillinger Escape Plan and freaking it with unexpected, even irreverent variables, from violins and saxophone, to glowing reviews of steak tartare and call-outs to fake radio stations.” Zoe Camp, Bandcamp.com

“Hey, are you a fan of bands like The Dillinger Escape Plan, Botch, Vein, and early Cave In? Then you're going to dig what The Callous Daoboys are up to.” MetalInjection.net

“How bout them Daoboys?! You know that total vacuum left in your soul after The Dillinger Escape Plan announced their retirement? Consider yourself healed. This album has it all. It's vicious and melodic and totally manic all at the same time. Consider it DEP's younger sibling.” Lambgoat.com

“The Callous Daoboys are easily one of the catchiest and extraordinary hardcore bands of the last few years. Die on Mars is a promising release from a fresh young band giving hope that the mathcore scene won't die off as some of the greatest within the genre continue to disappear.” 8/10 Exclaim.ca

"...if you’re into stuff like The Dillinger Escape Plan and Botch, this is worth checking out." BrooklynVegan.com

“Die On Mars hits just about every single note I need out of hardcore, mathcore, and the zany metalcore that SeeYouSpaceCowboy and Wristmeetrazor are dishing out right now – and many, many more. No one other than Mike Patton could fit so much music into thirty-five minutes without it all turning into a bleeding, shitty smear of noise.” HeavyBlogIsHeavy.com

“The eclectic Atlanta seven-piece meld savage breakdowns and pinch squeals, frenetic barrages, rapid-fire tempo and time changes, left-field genre swaps, and sardonic lyrics rendered through an absurd spread of vocal styles into a record that manages to be as compelling as it is challenging to process.” InvisibleOranges.com

"Overall, The Callous Daoboys’ Die on Mars is a pretty rambunctious good time. These Georgians have the skills to be the next boundary-pushers in the genre, and hopefully, this record serves as the first step toward that goal." 7/10 - Lane Oliver, MathcoreIndex.com

“...kind of like if Botch and Daughters had a kid and he lived in the same world as Monsters Inc. It’s loud with soft moments, introspective without being afraid of getting silly, and it’s got a goddamn violin.“ TwoMinutestoLateNight.com

"That’s a really stupid band name, but damn, this album is tasty." EverythingIsNoise.net

"...from its endless barrage of scorched-earth riffs and brutal breakdowns, to Carson Pace’s biting, fever-pitch vocals—feels imbued with a world-devouring sense of purpose, like the stakes surrounding the band have skyrocketed and the only way forward is to decimate anything standing in their way." ImmersiveAtlanta.com

"An American quartet from Atlanta, practicing chaotic mathcore / rock / indie (but not that) that could be classified between Botch, Car Bomb, Code Orange, The Dillinger Escape Plan, Every Time I Die, The Chariot, and The Number Twelve Looks Like You." ScoreAV.com

"Given time, if they keep making records as good as ‘Die On Mars,’ I could easily see this band releasing a new underground classic for these genres; The Callous Daoboys could very well be modern math-core greats in no time." KillYourStereo.com

"...if you listen to mathcore, this is the band for you." MetalTrenches.com

"Ever want to go full on white boy and throw yourself into a dry wall to panic chords and a violin? Well if so, The Callous Daoboys are for you." SoundLinkMagazine.com

"If you want to have the most surging currents of energy coursing through your psyche pushed to the absolute limit, this is the band for you." 5/5 CapturedHowls.com

"The Callous Daoboys have set things on fire with their album Die On Mars. If you are a fan of bands like The Dillinger Escape Plan, Every Time I Die, The Chariot, or The Number Twelve Looks Like You, you really need to experience this album in full. It had me trying to catch my breath a couple times and at the end of it all it had me reaching for more. There’s a solid footing for the band within this album, if I have any hope for the next release it’s to see them takes things even further. Die On Mars is polished, unrelenting, and loud in the best way possible." Media-Dissection.com

“I kind of feel like mathcore has transcended genre, and to be honest more these days it’s a way to describe a band who wanna fuck off convention and just do their own thing...it’s a band that doesn’t want to pigeon holed, and I feel like this record is just absolutely the epitome of that.” TheHeavyist.com

"I think that we would get along with the guys and girls from this band when it comes to sense of humor, and at the same time it is really cool music. It is not foolish, and there are moments that can really make you smile: it's the way the band connects the genres." Metalurgia.net.pl

"There are times when...the rage on the fucking track is so sincere, that it just cuts through everything." FTP.com

"When every band is overly polished, precisely produced, and overly sampled, everything comes across as plastic and unfulfilling. That is what sets bands like The Callous Daoboys apart from the noise." DIYCheckpoint.com

“Whether you’re looking for hard-as-hell jams or hilarious non-sequiturs, Die on Mars more than delivers.” FromCornersUnknown.com

"It grabs your attention and refuses to let go for the entirety of its run-time." NoobHeavy.com

Bandcamp Daily  your guide to the world of Bandcamp

Cannibal Corpse's George "Corpsegrinder" Fisher stops by for an interview